Can humans do anything? Are they the rulers of life and death? Are we god-like? Truth or lie?

The threats brought by the pandemic and the following horrors of war have been only accepted by the developed world in horror movies or in third world countries, living as god. This unique time has shown that the topic of being godlike (in every sense of the word) is more than current. This cabaret play maps situations and motives of human god-likeness based on examples of contemporary society.
“The godlike” are untouchable rulers of life and death, but “the godlike” are also showing solidarity towards all people without exception, making them truly akin to God. It points at the fight between good and evil in the world of adults. It is an original play about attitude towards death and the value of life during the crisis of interpersonal relationships and societal democratic values.

The cabaret show is suitable for viewers of 15 years of age. 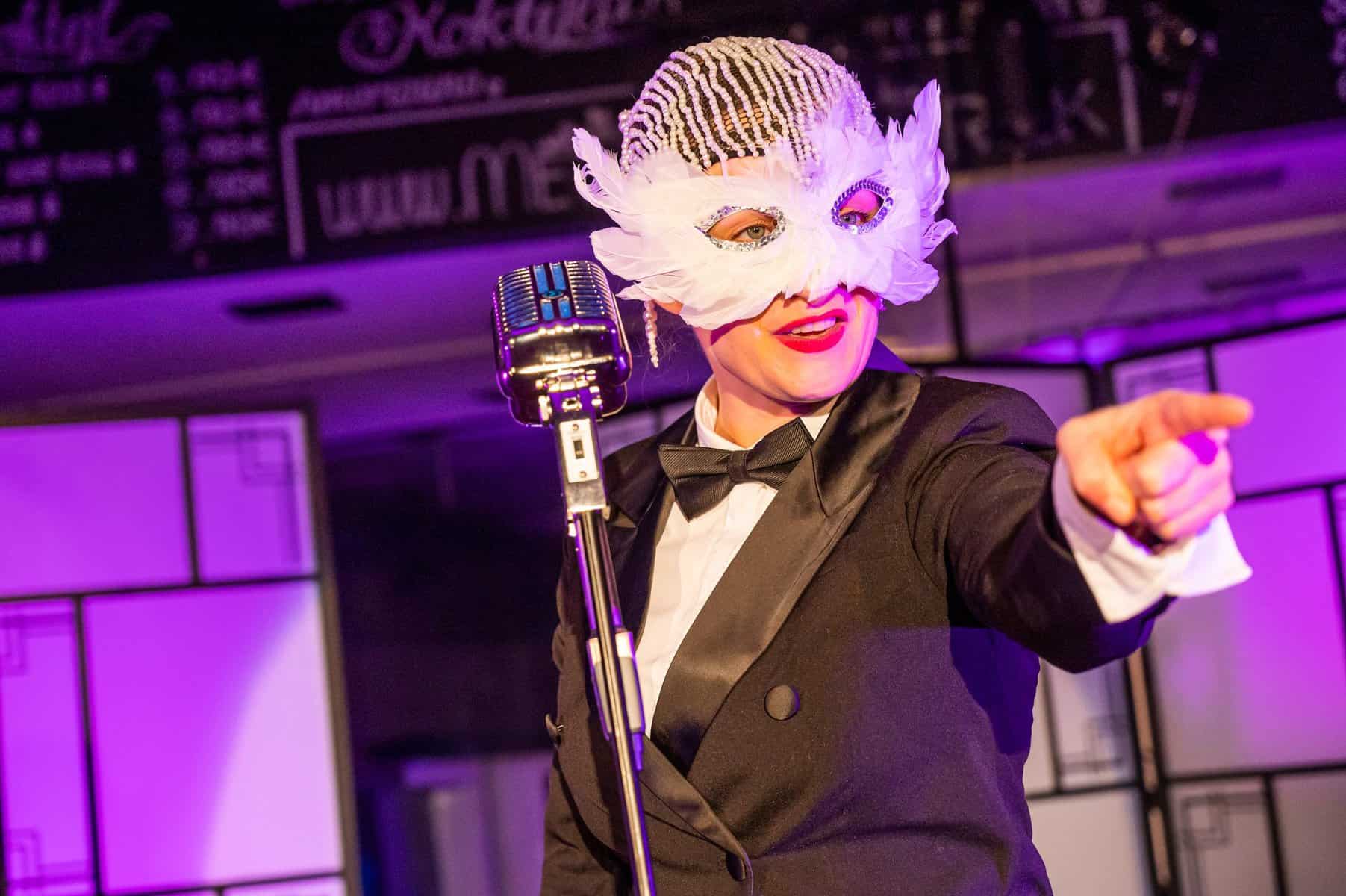 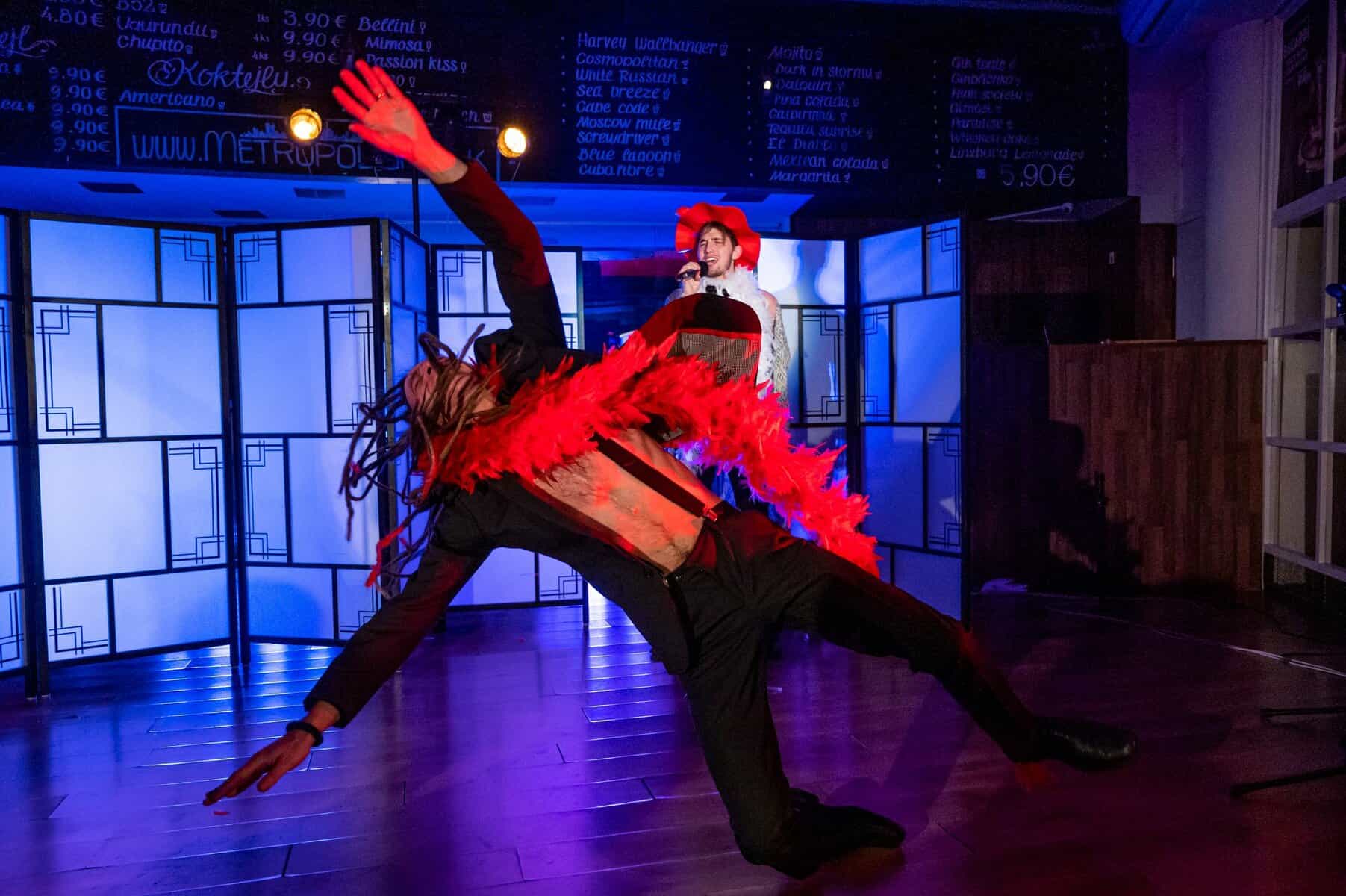 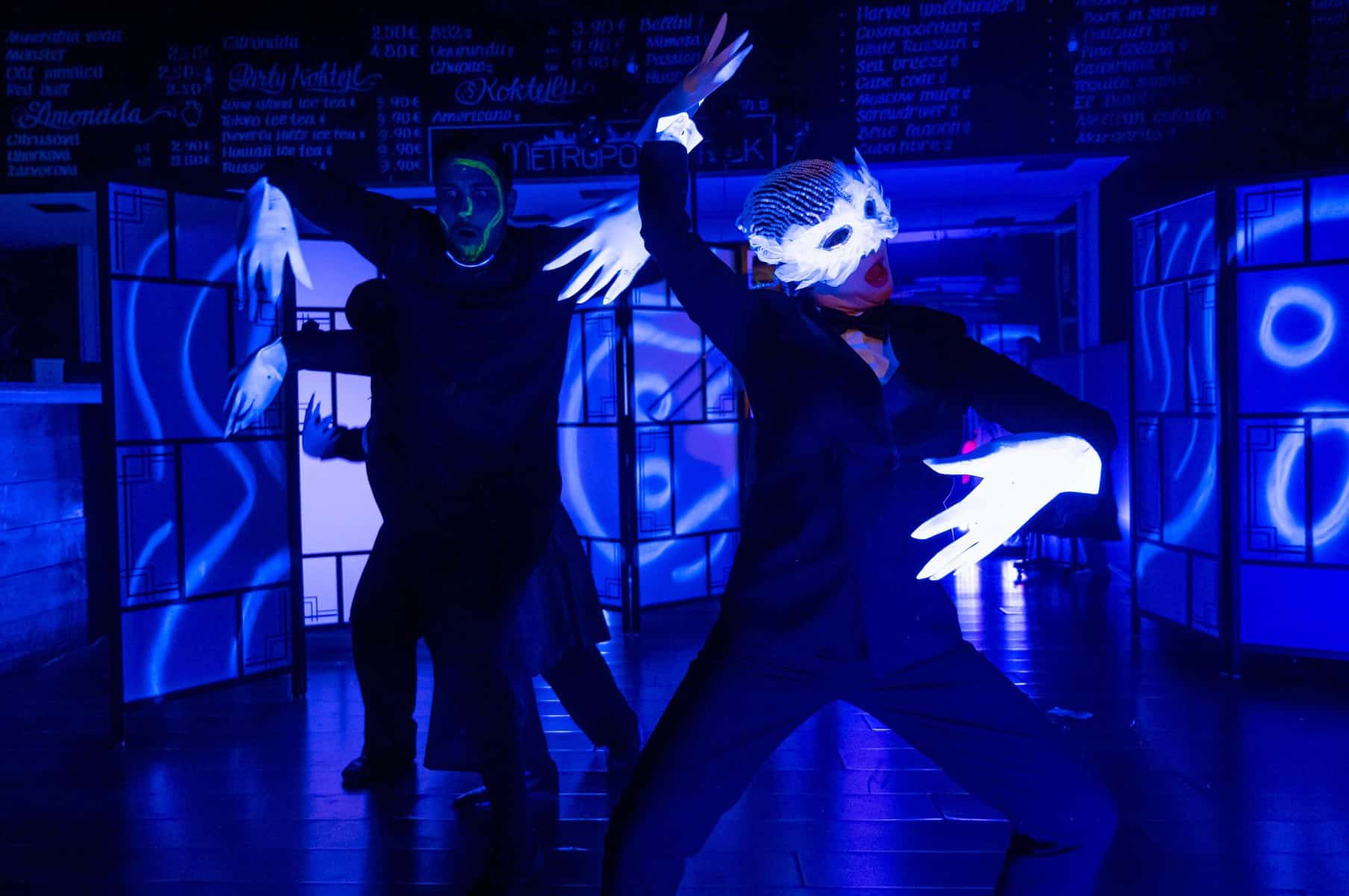 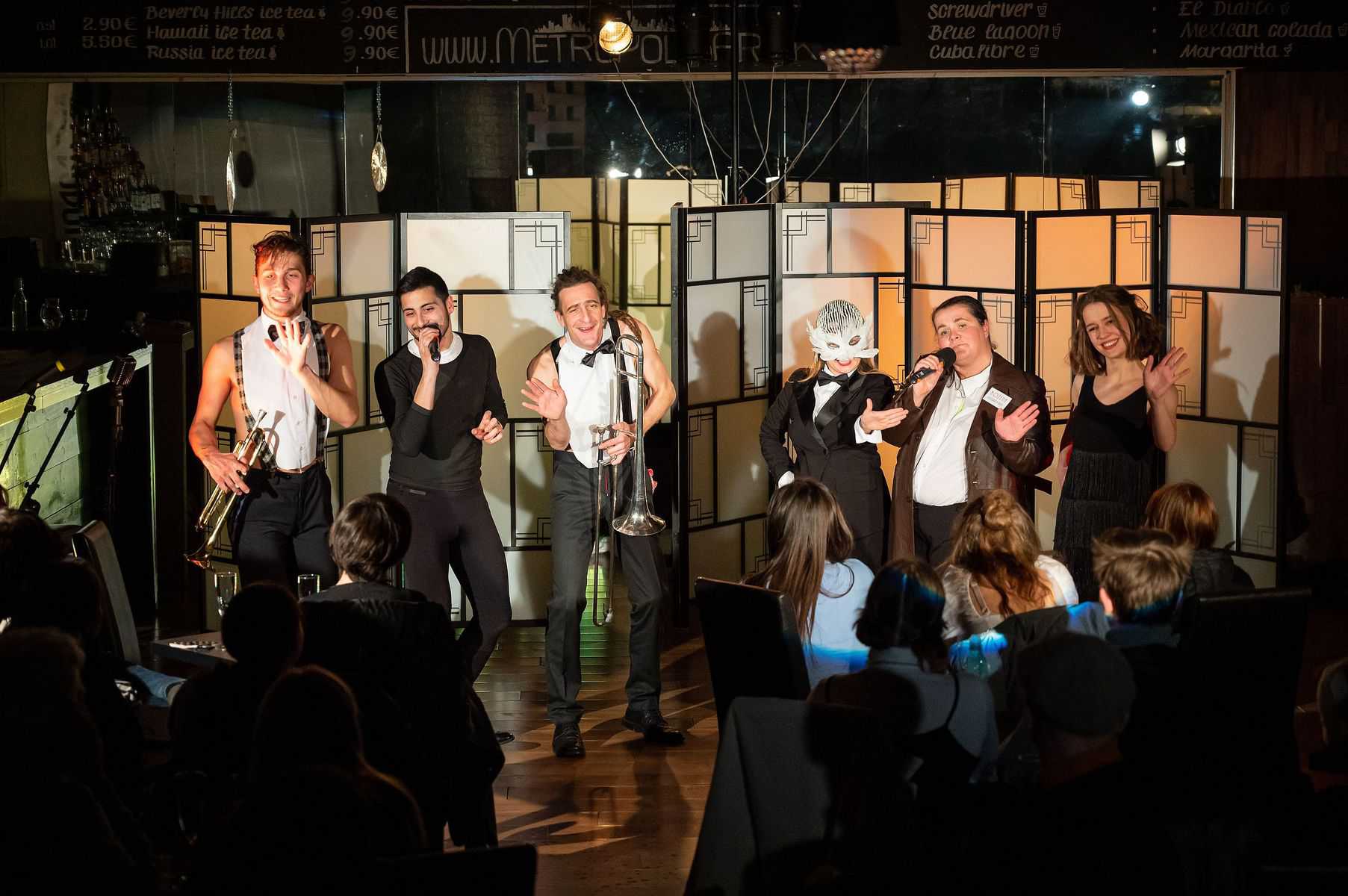 The topic of human god-likeness and the boundaries of what man can still dare to do has provoked for quite a while now. I have started looking into it more intensely during the corona-crisis while writing the script, two years before the creation of the play. The former and current world have offered me plenty of authentic events of humans trying to be godlike, but it was more challenging to find personalities who were akin to God. Not because they do not exist, but because they are so simple and ordinary that we tend to overlook them as basic values. In AND, we never choose the simple way. This irritating topic has pushed us to find an attractive form for the play. Inspired by the film-series of the director Tom Tykwer BABYLON BERLIN, we have chosen cabaret noir. At the same time, we have had the ambition to bring theatre to viewers in their natural habitat – again. This time, we have chosen the bar as a place where we were not able to meet during the pandemic, yet everyone was looking forward to reinforcing our malnourished social ties in reopened cafés, bars, and clubs. Shortly after the start of the rehearsals, during a time of shy breaths as the pandemic was subsiding, the war in Ukraine started. Making THE GODLIKE during the time of war has given us more meaning, as well as the feeling of responsibility. The shape eventually that came to be now calls even more loudly for modesty and humanity.