Small stupidities with a big impact!

„It is a right to die because of one’s own stupidity.“ Samo Marec

Non-verbal music-physical theatre street show of the incorrigible Savior and the ordinary Garbage man, who decided to save the world. Humorous situations full of situational gags will guide you through a dynamic story starting with being recklessly stunned by a new visionary, through an unexpected threat, all the way to sobering up from a flock attitude thanks to using your wits. Caution, the prevalence of (un)common human stupidity and its irrational symptoms can have tragic consequences! Is there anybody who can save us from the savior?
The production is suitable for all ages, optimally from 8 years old. 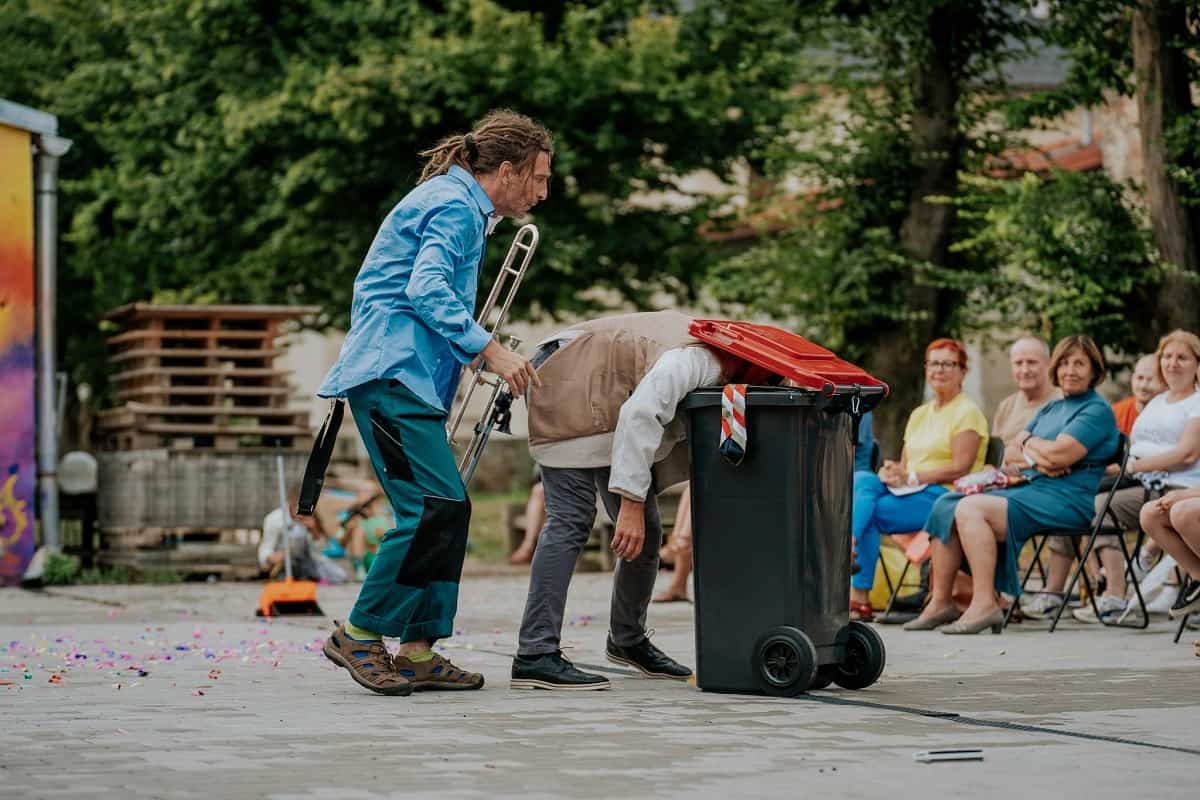 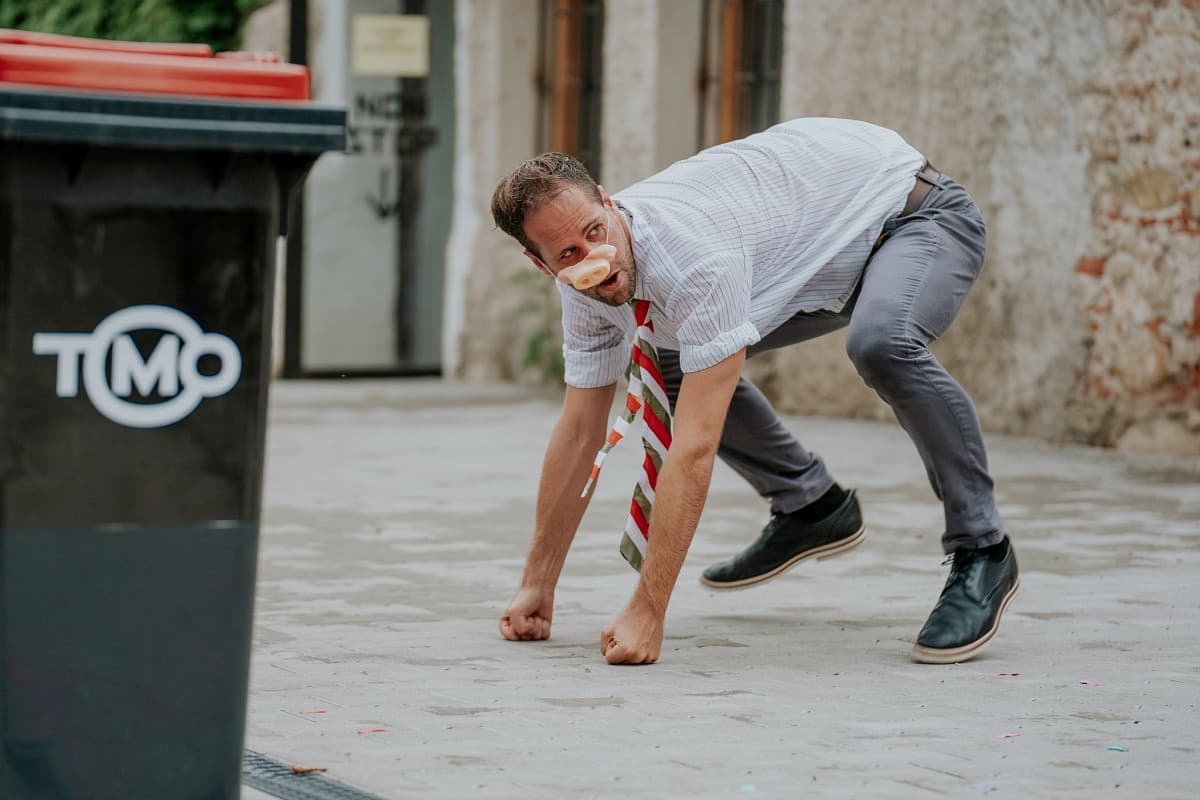 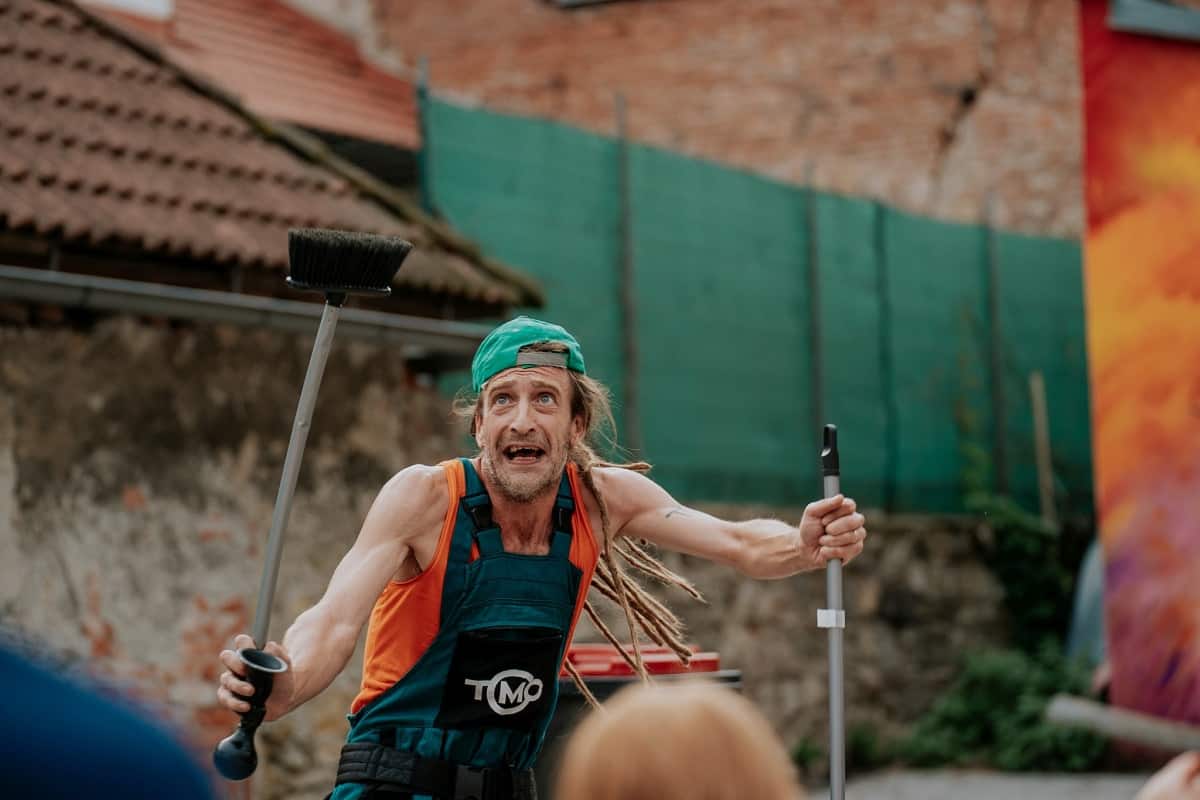 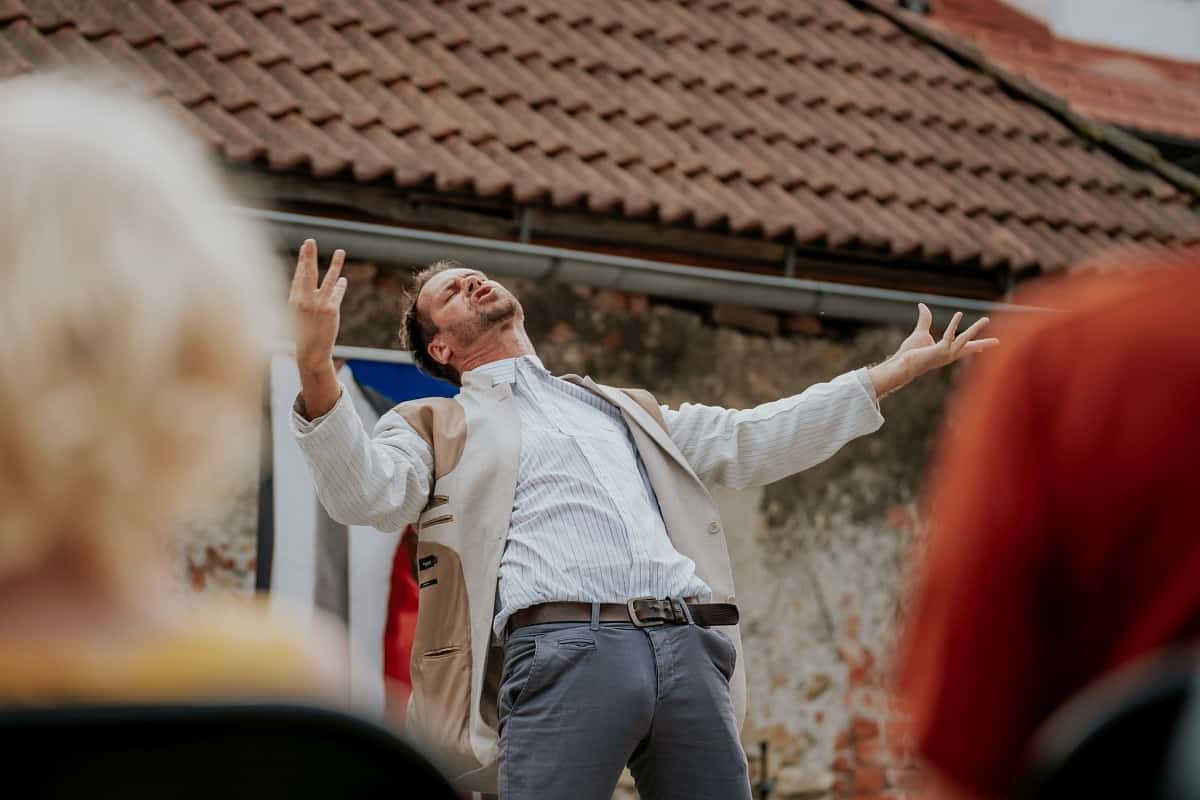 Featuring a new and amazing comedic duo that met for the first time thanks to the Ensemble of Irregular Theatre.

Pavol Seriš as the man of clay (SK/CZ) will do a hundred tricks with one body &
Tomislav Koprivčević as the multi-music-man (HR/SK) will play anything that both plays and does not play! Enjoy this quality training of your brains and laughing muscles alike!

The three worst displays of stupidity:

Ignorance and overconfidence
The highest category of stupidity. It includes people who start doing things without having the necessary knowledge or any required experience.*

Lack of self-control
The middle level of stupidity. It is often displayed with people who submit to their impulses easily.

Absent-mindedness
The lightest level of stupidity. People who belong here are those who are simply not paying attention.

*Dunning-Kruger effect
is a type of cognitive error where less qualified people, or people with low skills and/or competence in a given area significantly overstate their abilities and effort compared to others. These people have more trouble identifying their real abilities which is caused especially by a lack of their metacognitive abilities. On the other hand, qualified people tend to undervalue their abilities and overestimate the powers of others. This occurrence was discovered in 1999 by David Dunning and Justin Kruger. For describing this phenomenon, they have been awarded the Ig Nobel prize in 2000.

This website uses cookies to improve your experience while you navigate through the website. Out of these, the cookies that are categorized as necessary are stored on your browser as they are essential for the working of basic functionalities of the website. We also use third-party cookies that help us analyze and understand how you use this website. These cookies will be stored in your browser only with your consent. You also have the option to opt-out of these cookies. But opting out of some of these cookies may affect your browsing experience.
Necessary Always Enabled
Necessary cookies are absolutely essential for the website to function properly. This category only includes cookies that ensures basic functionalities and security features of the website. These cookies do not store any personal information.
Non-necessary
Any cookies that may not be particularly necessary for the website to function and is used specifically to collect user personal data via analytics, ads, other embedded contents are termed as non-necessary cookies. It is mandatory to procure user consent prior to running these cookies on your website.
SAVE & ACCEPT