Original cabaret slapstick for children over 5 years of age.

The more languages you know, the more of a turkey you are!

The new original Czech-Slovak play for viewers between 5 and 8 years of age about understanding and misunderstanding between two children of different nationalities, ethnicities, and races. But also about the cruelty of the young towards the adults and vice-versa. A conflict of two first-graders Ľudmilka Moriaková (SK) and Agáta Krutá (CZ) springs from the differences in their languages. They are separated by tricky words. While rehearsing the programme to commemorate the anniversary of the formation of Czechoslovakia, they find out the intricacies of foreign words with strange letters like ľ, ô, ä, as well as ů, ř, and ě. Eventually, also with the help of their teacher, they find out what their surnames mean in their respective languages, and find out they are basically sisters. Until then, they manage to sometimes fight, not only for words, but also for the twins of Duško and Marek Krocan. In the end, they are able to notice the little differences between kids speaking other languages, and bond multi-culturally. A playful and unobtrusively educational cabaret for Czech and Slovak children aims to support a healthy understanding of terms such as nation, language, and culture in the contemporary context of their meaning and value being deformed. 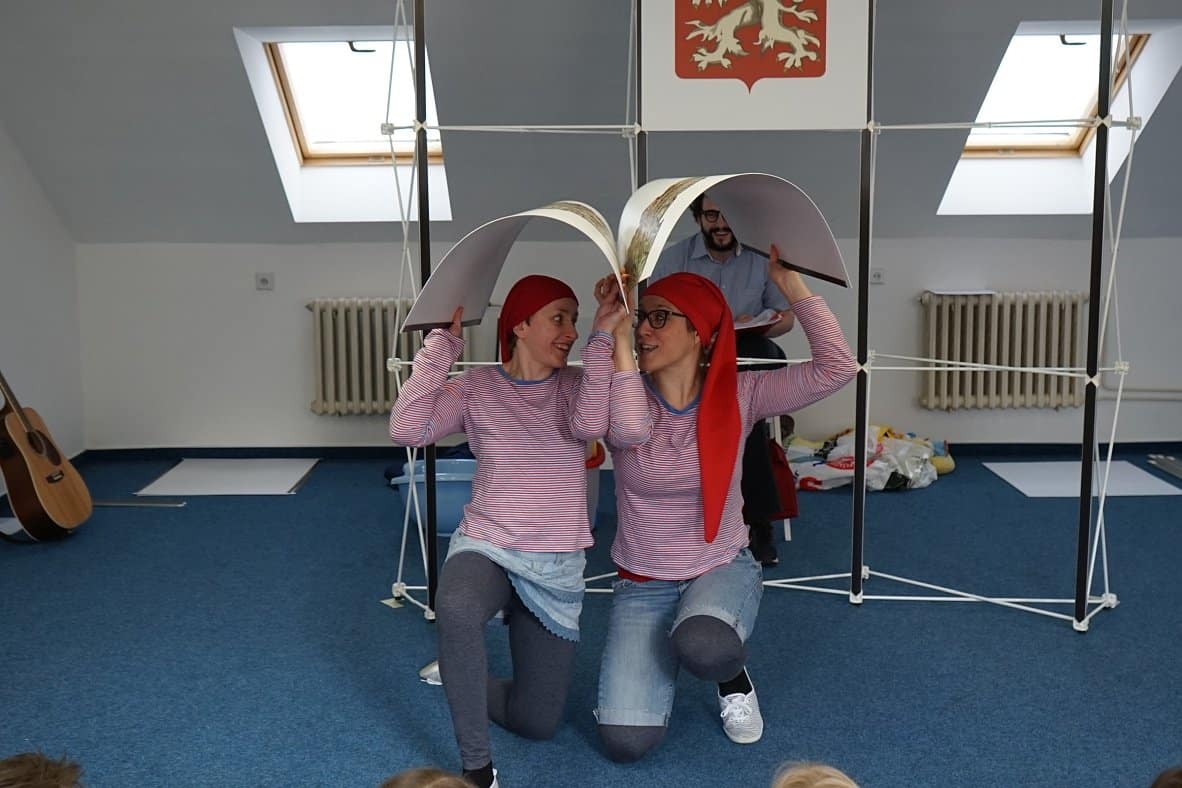 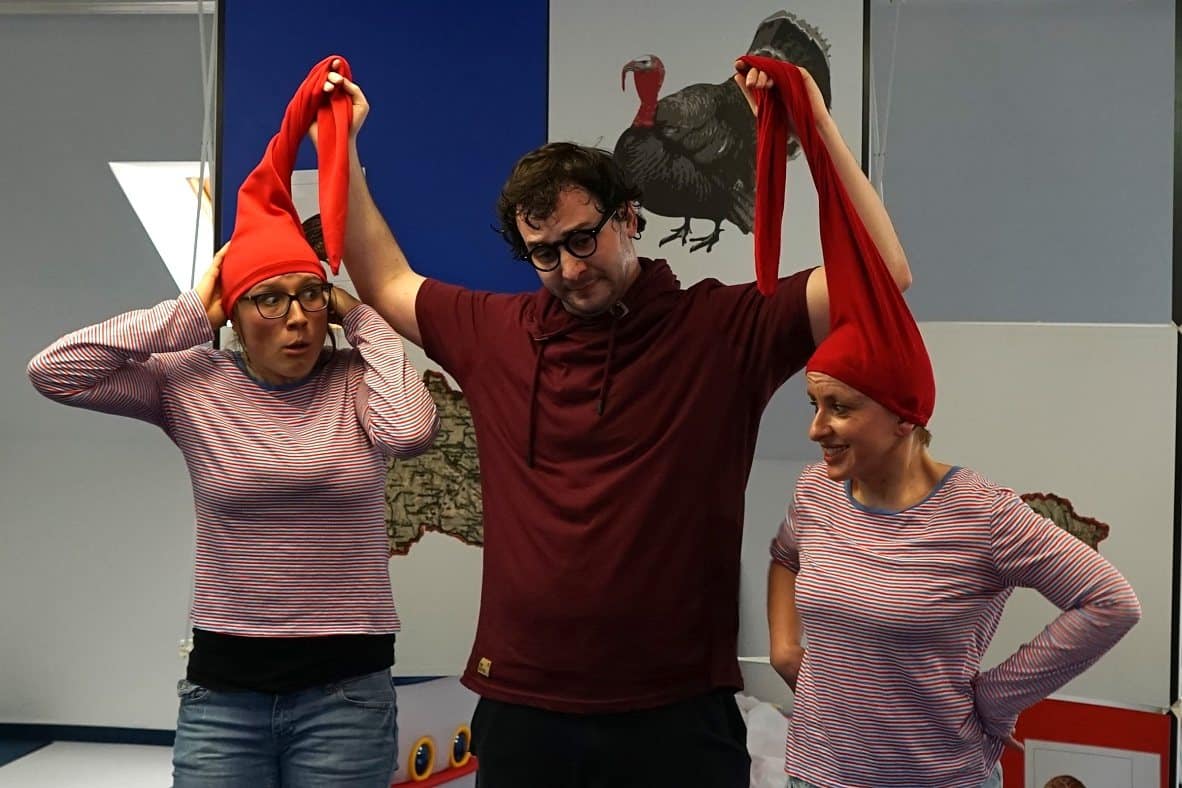 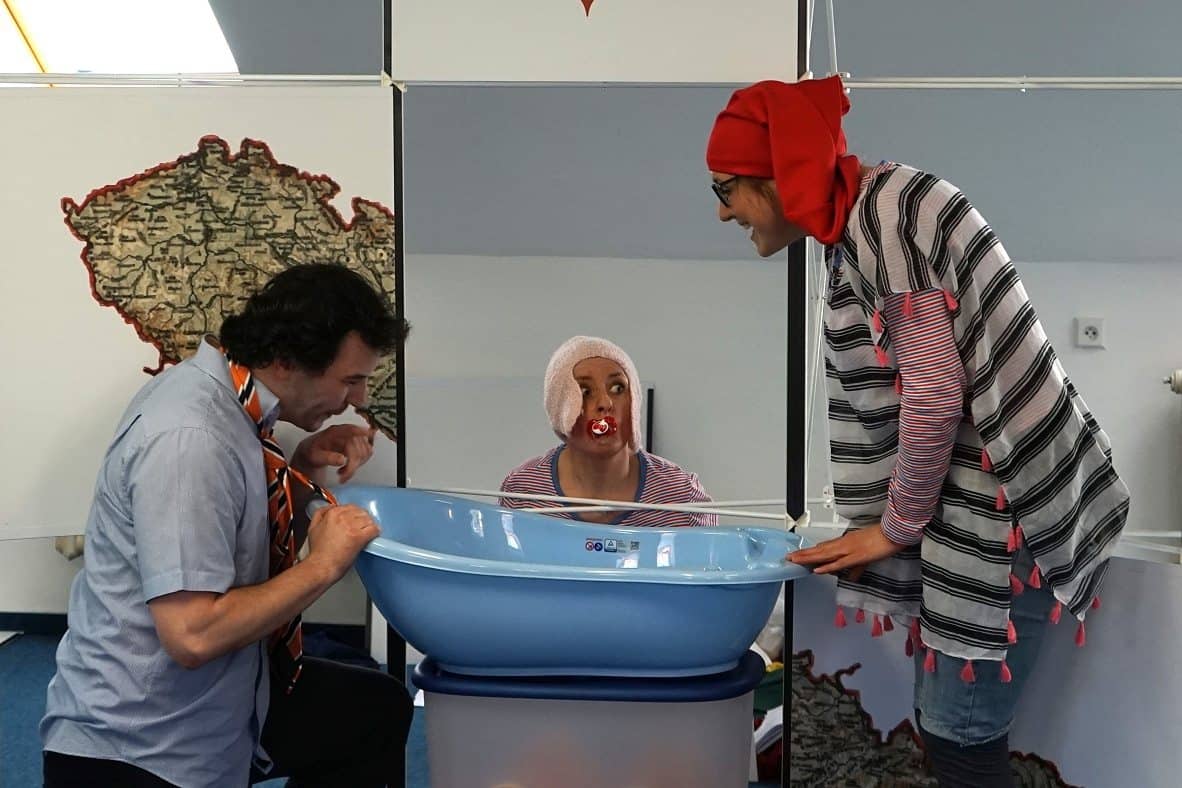 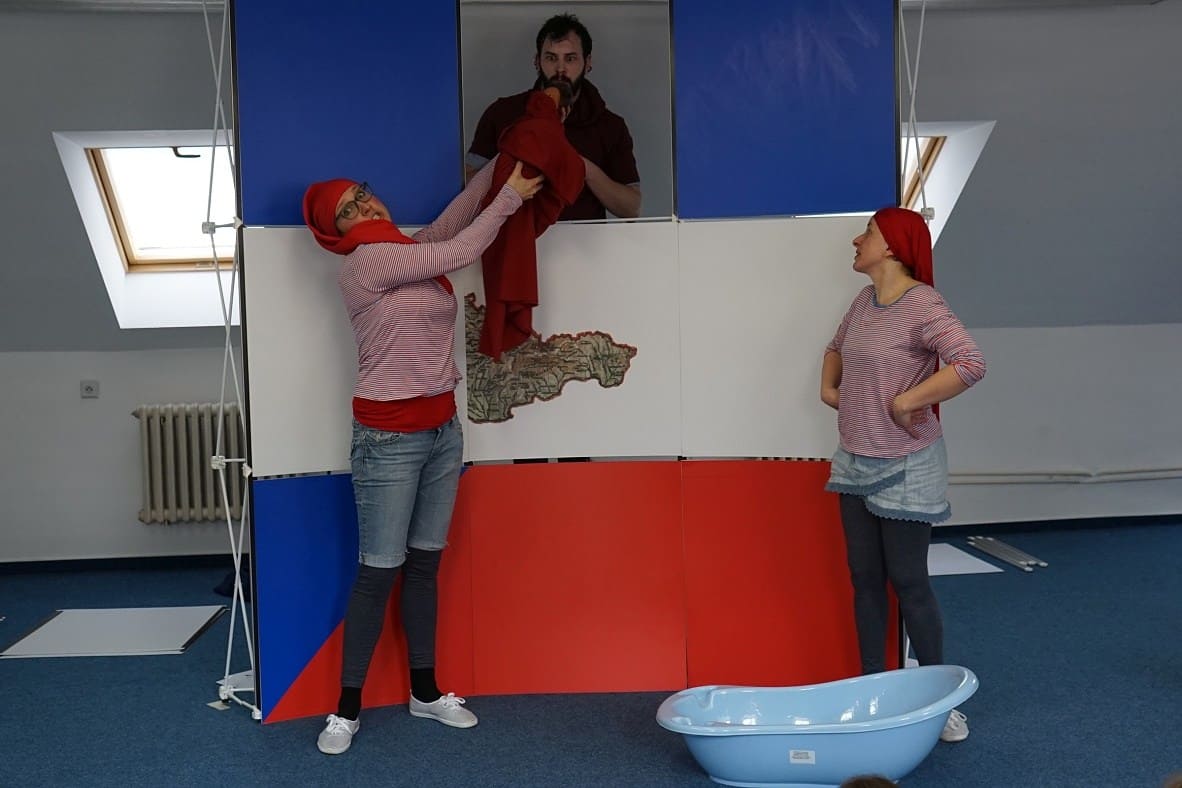 The writing of the script and the creation of the play were supported from public funding by the Slovak Arts Council.

The play was created to commemorate the 100th anniversary of the formation of Czechoslovakia and the 25th anniversary of the formation of Slovakia and the Czech Republic.
With “Why the Turkey fought the Turkey”, the Ensemble of Irregular Theatre broadens its dramaturgy with a line of plays for children. The first impulse towards the creation of this cabaret for children arose in a bookshop in Prague, where me and Dušan Krnáč found the Czech-Slovak illustrated dictionary of the so-called “insidious words”. The second and key impulse was meeting Jozef Mokoš and his commentary about how cruel children are: “Even the small child in the baby carriage is very cruel. It throws the pacifier out over and over, and is happy to watch the pregnant mother pick it up all the time.” And that is how the words and images connected with the topic of cruelty. Cruelty of children towards children, of children towards parents and vice verse, towards the elderly, the weak, the different. And to provide some necessary humour and non-serious elements, we chose cabaret as the genre. The unhinged play with words went a long way before it bore specific situations, the only goal being for us to understand one another better. Because often, we talk about the same things, just with different words. Often, we are one family, although we have different names, and “the others” are closer to us than we thought. The most important thing is sung in the play: “… the human is always a human, no matter where he comes from.” We wish that our actors and viewers understand one another during this play. And because I already saw the play, I am very happy to see how delicately and well they work together.
Jana Mikitková