The story of a political representative, who unveils the entire point of his lifelong achievement: HOW TO STAY IN POWER. How to be the biggest provider and martyr loved by the masses at the same time, but keep everything to yourself while doing so. The play of the contemporary Czech playwright with Slovak actors combines live action with puppet theatre, creating an interactive tragic comedy with dry English humour, as well as juicy scents. 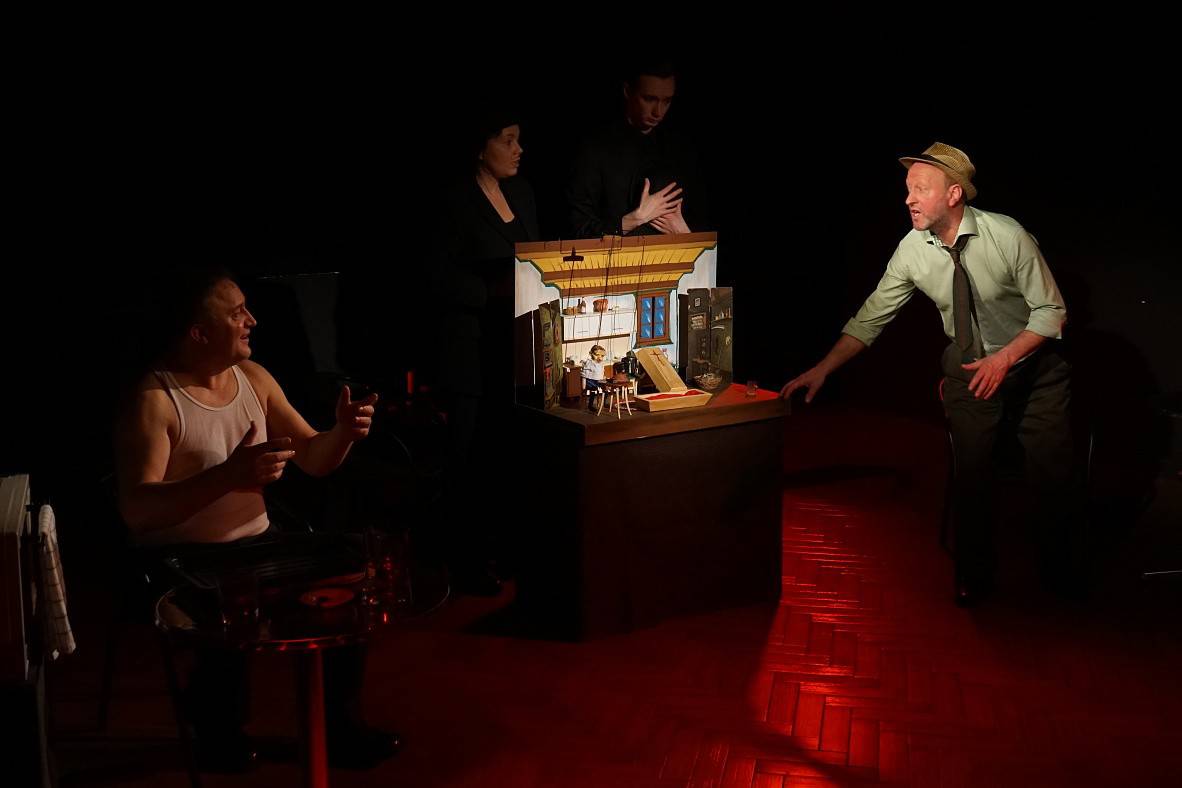 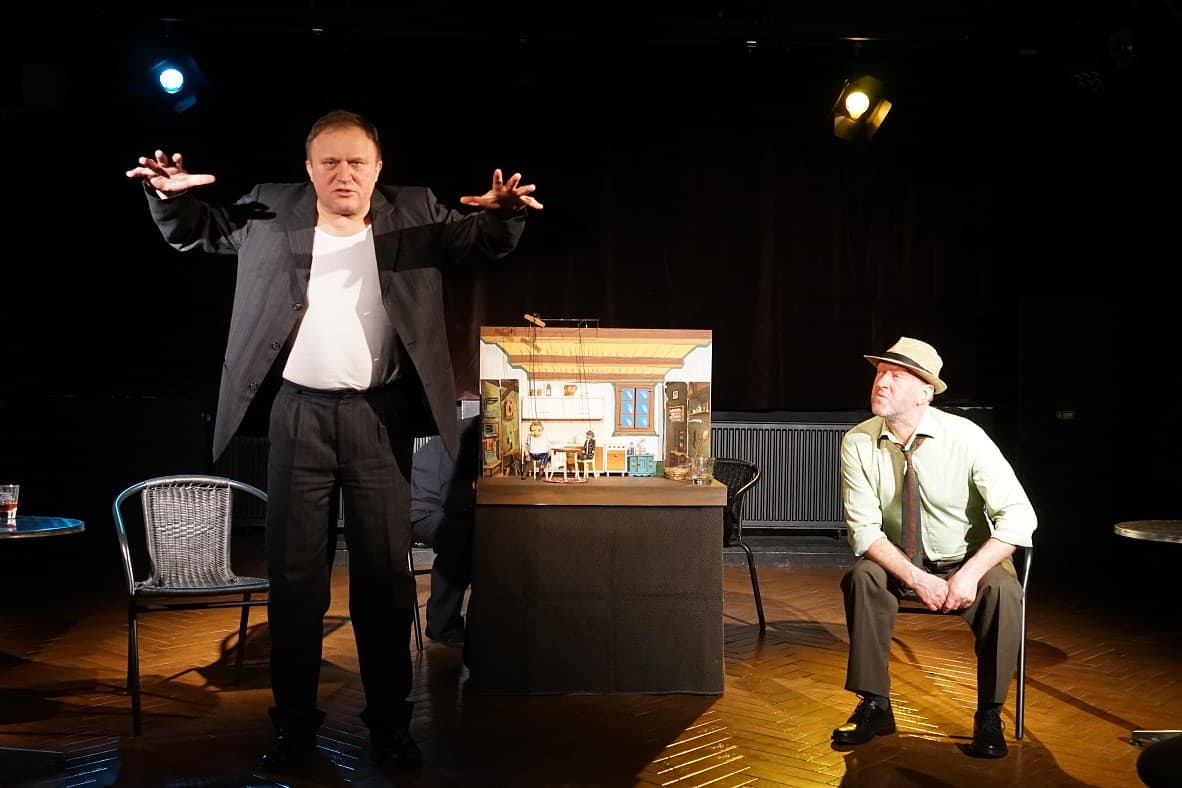 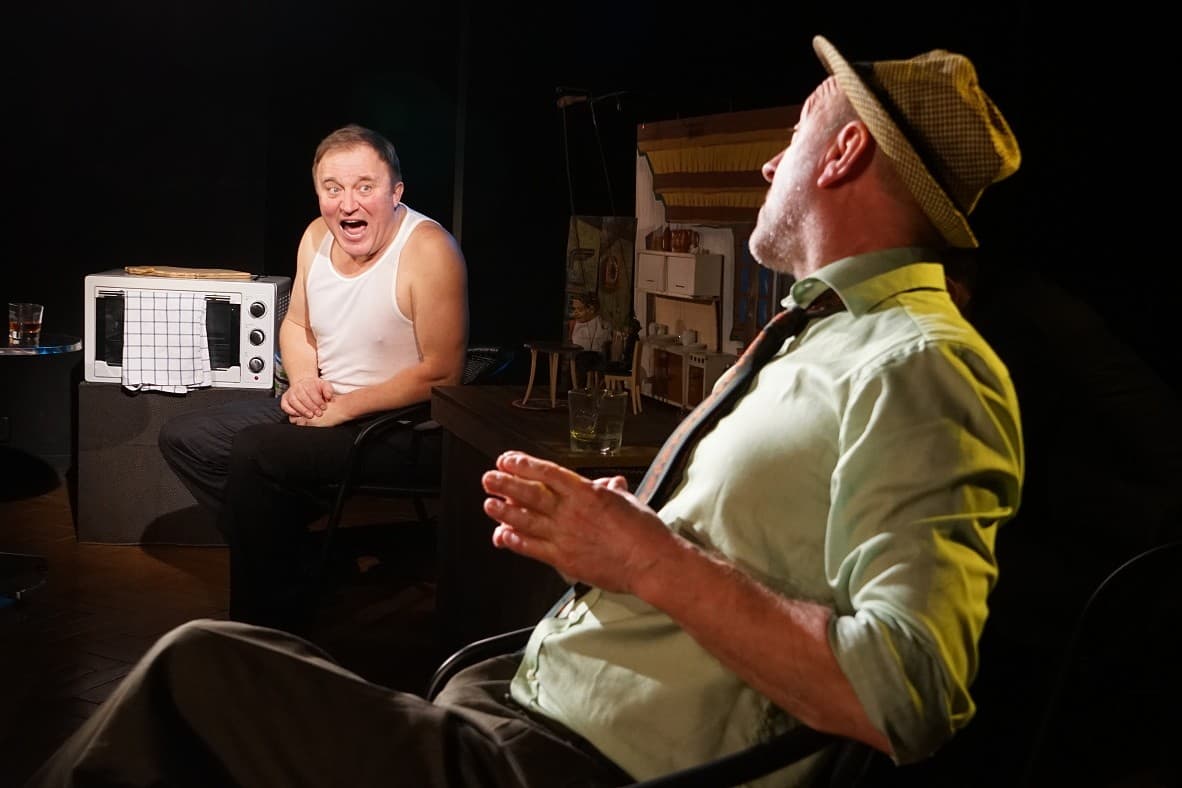 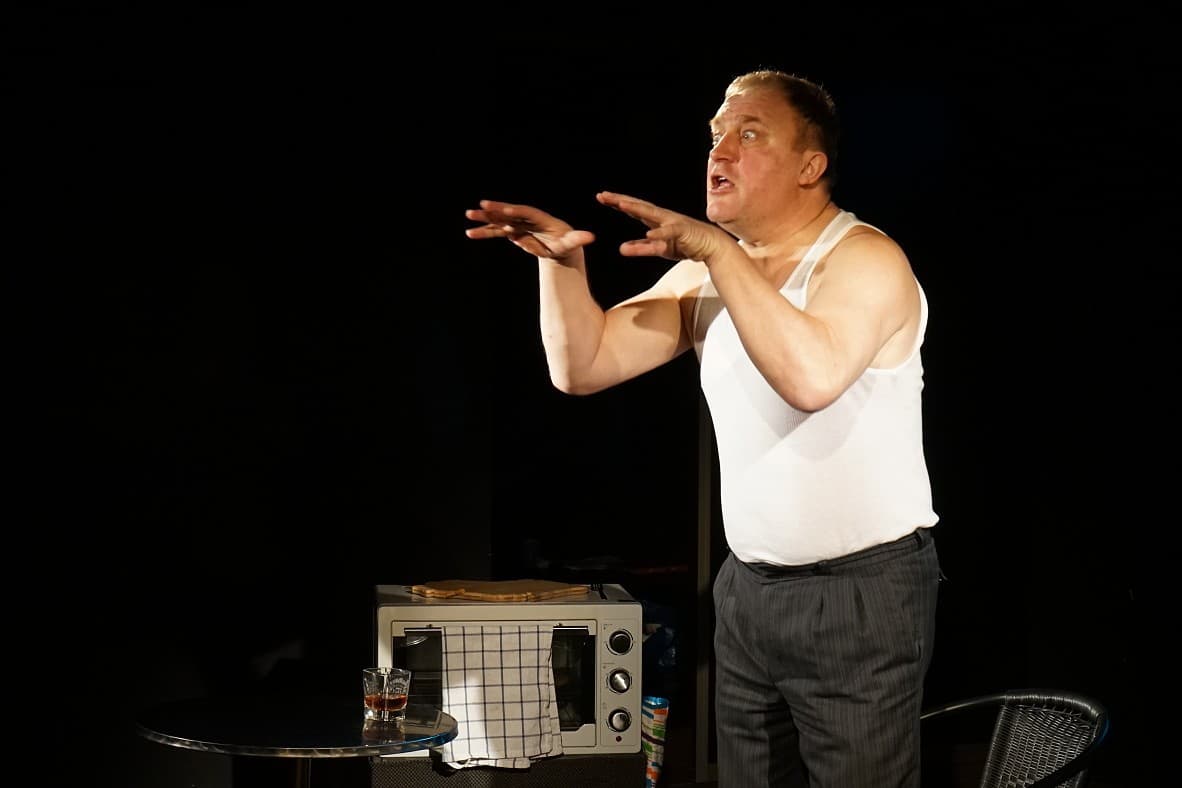 The author, known under the abbreviation S.d.Ch. (his civil name being Miloslav Vojtíšek, a two-time winner of the Alfréd Radok Award for the best original Czech and Slovak play) gave The Final Goose, his 2014 play, this motto: “The dramatic gastro-politicum created in order to commemorate the 25th anniversary of the Velvet revolution, as well as the 66th anniversary of the Victorious February”. The play is not even about the two important historical events, but about the career of a politician who “has kept a high-profile political position in three different regimes”. The doctor, who unsuccessfully tries to keep the politician’s health in shape, cannot understand how the politician was able to stay on top for 30 years when he was supposed to stay in jail for 30 years instead, and is given a detailed tutorial on how to do just that. As a perfect manipulator, the politician does not lose the people’s trust, despite eating out of their pantries and fooling them at the same time. He might be a crook, but a charming one at that. He fascinates not only the fools who fall for his lies, but also the audience, as he reveals the whole truth to them. The play was written by request for the Svět a divadlo (The World and the Theatre) magazine and was part of the international competition for the Ferdinand Vaněk Award in 2015. In the Czech republic, it was first introduced as a scenic draft in the Dejvice theatre (Prague), with Ivan Trojan playing the main role.

“You’ll definitely savor the taste.” — those words are spoken in The Final Goose. We can assure the audience that this is the truth.

The play was supported from public funding by the Slovak Arts Council.

For the opportunity to adapt the play The Final Goose in Slovakia, I would like to thank the author, the best contemporary Czech playwright in my opinion, for writing the play so beautifully that Ján and Jana decided to show it to their viewers. I thought I knew the play, I knew how it would look like on stage, but the rehearsals have proven me wrong. The first surprise was the “transfer” of the play, which I considered to be fundamentally Czech, into the Slovak environment. It did not take much for the audience to think the play was Slovak and very current. A big aspect thereof was the fact that Eugen Libezňuk, who plays the Politician, is a panslavic soul, embodying the entire area all the way to… he would say Crimea, but from our standpoint, all the way to Ural. Instead of Ivan Trojan’s cold, cynical intellectual in Prague, here, we can see a jovial guy, not unlike a more charming version of Vladimír Mečiar. And although we feel good in his presence, simply because he is so honest and happy, we can feel the frost on our neck, and it was said this frost comes from the Kremlin. Right now, the winds are blowing from Calabria, but they are just as chilling.